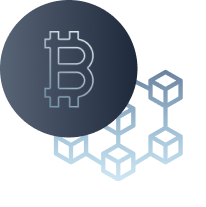 Bitcoin is digital money. Unlike fiat currencies, it does not fall under the control of central banks. Meanwhile, fiat money is banknotes and coins issued by the government of a particular country.

The number of bitcoins is strictly limited to 21 million coins. That is why this cryptocurrency is called digital gold. In essence, bitcoin is simple: imagine a digital coin that instantly moves around the globe 24/7. Among other things, it is impossible to accidentally tear or lose it as it sometimes happens with paper money. Users carry out all operations connected with the issuing of new money, payment processing, and account creation on the Internet.

What are the advantages of bitcoin?

Thus, bitcoin is the world’s first independent currency. Today, one bitcoin is worth more than an ounce of gold and continues to grow in price. Bitcoins are extremely volatile which gives investors the opportunity to generate profit quickly and easily. 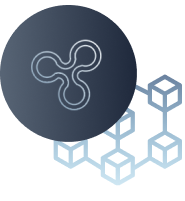 Ripple was not created as a cryptocurrency, but as a free system of money transfers, transactions, and online payments. Moreover, Ripple helps to significantly speed up the settlement process. As a result, users can receive or exchange their funds in a matter of seconds.

Let’s see how this system works: imagine that a user needs to exchange the Russian ruble for the Japanese yen. Firstly, the user transfers rubles to the Ripple payment system. Ripples, digital coins of this system, find a wallet with the desired currency and convert rubles to yens. At the end of the operation, a person receives the Japanese currency. Thanks to the Ripple payment technology, the exchange takes a few seconds. By the way, this is a repayable transaction. That is, the user can cancel the operation and return money in the initial currency.

Initially, the Ripple system was designed for exchanging assets, while the ripple currency appeared as a result of such an exchange. Experts believe that ripples will become the basis of all banking operations in the near future. 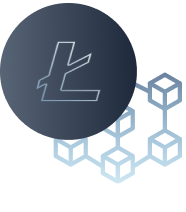 Litecoin is a decentralized cryptocurrency similar to bitcoin. Decentralized means that it is not controlled by any central authority such as a bank or a government.

The main purpose of litecoin is to improve the technology of crypto transactions so that users from all over the world can send and receive transfers as well as effectively store cryptocurrencies with a minimum commission in a matter of seconds. Nowadays, bitcoin is considered an effective instrument for investments while litecoin is usually used for fast transactions.

In addition, litecoins can be exchanged for fiat money, whereas the rest of the cryptocurrencies should be converted into bitcoins first. Another key advantage of litecoin is stability. Analysts note that sharp fluctuations in this cryptocurrency are rarely seen. This is no coincidence. The fact is that bitcoin acts as a kind of “shield” for litecoin: when bitcoin price changes rapidly, litecoin price maintains stability or drops slightly. 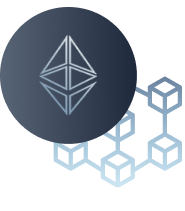 Ethereum is a digital currency based on a unique technology which helps not only directly transfer funds, but also register buy and sell transactions by means of smart contracts. A smart contract is an agreement between two parties encrypted in a computer code. It allows a user to specify conditions which ensure the transfer of funds. If the transaction is not completed, money will return to the user.

Distributed software which ensures reliable protection against intervention is one of the advantages of ethereum.

At the same time, ethereum is recognized as the main competitor of bitcoin. This cryptocurrency is much easier to buy. Apart from that, it provides more opportunities and has good development prospects. 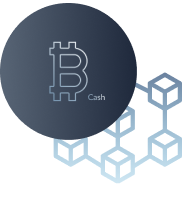 Bitcoin cash is a decentralized digital currency that appeared on August 1, 2017as a result of a fork of bitcoin. When interest in bitcoins spiked, the network load increased significantly. Consequently, transaction confirmation slowed down and request processing started to delay. Thus, the second blockchain with new blocks appeared in the bitcoin transfer technology. Since it is impossible to change or clear a blockchain, both forks started to exist independently. The second network was called ‘bitcoin cash’.

What is the difference between bitcoin cash and bitcoin:

Latest trades of other traders in real time (#Litecoin)

You may also find interesting